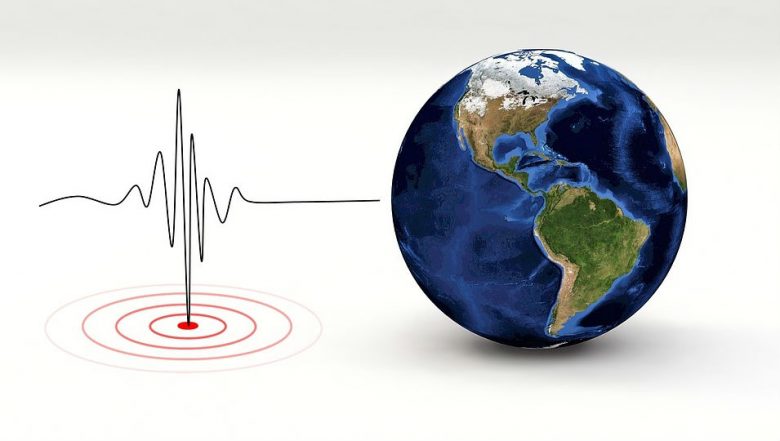 Tokyo, April 28: An earthquake with a preliminary magnitude of 5.6 struck Japan's northernmost Hokkaido prefecture on Sunday, the Japan Meteorological Agency (JMA) said. According to the JMA, the earthquake, which occurred at 2:25 a.m. local time, was centred in the Tokachi-chiho Nambu region in Japan's northernmost prefecture, with its epicentre at 42.5 degrees north latitude and 142.9 degrees east longitude, Xinhua reported. Japan Earthquake: Tremors Measuring 5.8 on Richter Scale Hits Itzu Islands.

The quake occurred at a depth of 110 km, the weather agency said, but no tsunami warning or advisory was issued as a result of the temblor, said the JMA. The earthquake logged 4 on Japan's seismic scale, which peaks at 7 in multiple regions in Hokkaido, the JMA added.

The weather agency also said the quake registered 3 in the neighbouring prefecture of Aomori, south of Hokkaido, in Japan's Tohoku region. There have been no immediate reports of major damage or injuries as a result of the quake, according to local authorities as well as local media accounts. Earth Quake in Japan: 6.1 Magnitude Quake Hits Island of Honshu, Three Injured in the Calamity.