In the job description, NYT wrote, “The New York Times Company will consider qualified applicants, including those with criminal histories, in a manner consistent with the requirements of applicable state and local “Fair Chance” laws“. 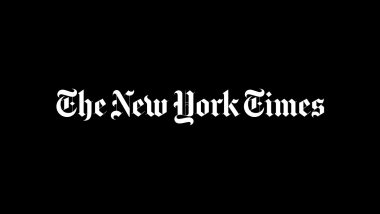 An advertisement published in an American daily newspaper, The New York Times, on their website and on LinkedIn, has triggered severe outrage in India because of the bizarre job description they have published for the post of South Asia Business Correspondent in New Delhi.

The New York Times makes no bones in seeing a problem with the fact that India wants to be ‘self-sufficient’. The job advertisement stated Prime Minister Narendra Modi as someone who advocates “self-sufficient, muscular nationalism, centred on the country’s Hindu majority”. The advertisement also stated the border tension between India and China a ”drama”.

In the job description, NYT wrote, “The New York Times Company will consider qualified applicants, including those with criminal histories, in a manner consistent with the requirements of applicable state and local “Fair Chance” laws“.

Inclusion of such and many more similar points in job description triggered a severe backlash on social media with many users questioning the NYT’s credibility. Kanchan Gupta, Senior Adviser, Ministry of Information & Broadcasting, Government of India took to Twitter and slammed the American daily for advocating condemning remarks about the country and the government.

“The New York Times has dropped all pretences of impartiality with this job ad for a South Asia Correspondent. They are clearly looking to hire an anti-Modi activist who can stoke anti-India sentiments in our neighbourhood. With this, the paper qualifies as a foreign-funded NGO,” Gupta tweeted.

The controversial job description posted by the New York Times also took centre stage in prime time across TV News channels in India. Social Media and web journals also exposed the funding patterns of the New York Times as well as pattern in NYT stories, opinions, articles and even cartoons aimed to malign India, irrespective of facts, issues or data.

On the recent outrage, DD India brings to you a special broadcast tonight at 8:30 pm wherein experts question the anti-India sentiment being a pre-requisite for a job at New York Times in India.

(The above story first appeared on LatestLY on Jul 03, 2021 09:30 PM IST. For more news and updates on politics, world, sports, entertainment and lifestyle, log on to our website latestly.com).