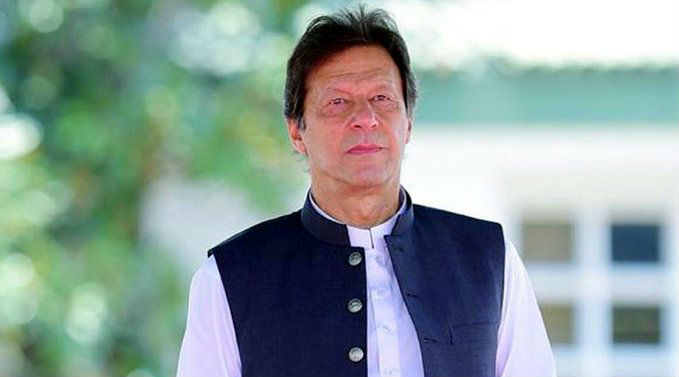 Bonn, January 23: Despite the global outcry over China's treatments of its minorities, Pakistan Prime Minister Imran Khan has chosen to remain tight-lipped on deplorable conditions of Uighur Muslims in China, saying Beijing is a "good friend" and has helped Islamabad in "most difficult situations".

In an exclusive interview with German-based DW on January 16, Imran Khan spoke at length about the issue of Kashmir but he said Chinese are "sensitive" and that's why Islamabad avoids discussing the Uighur issue with them. When asked 'why he is not very vocal on the issue of Uighur Muslim but is very critical to India over Kashmir issue', Khan said, "Well, mainly for two reasons.

First, the scale of what is happening in India is not comparable to what is supposedly happening to the Uighurs in China. Second, China has been a great friend. It has helped us in our most difficult times because of the economic crisis my government inherited.

Therefore, we do talk about things with China privately, not publicly, as these are sensitive issues."China has been condemned internationally for cracking down on the minorities living in their countries. China has been accused of oppressing the Uighurs by sending them to mass detention camps, interfering in their religious activities and sending the community to undergo some form of forceful re-education or indoctrination. Donald Trump Again Offers to 'Help' Resolve Kashmir Issue, Meets Pakistan PM Imran Imran Khan in Davos.

However, Pakistan has stayed mum over this issue. When India abrogated Article 370 in August last year, Pakistan ramped up its rhetoric against New Delhi and had expressed concern over the situation of Muslims in the region. Khan even had called himself an ambassador of Kashmiri people.

However, when it comes to China's treatment of Muslims, Pakistan has been mum and when asked to comment on it, the Pakistan PM has tried to brush it aside saying that there is a lot going on in its own country. The United States had also asked Pakistan to express the "same level" of concern about Muslims detentions in Western China as they do for Kashmir. "...I would like to see the same level of concern expressed also about Muslims who are being detained in Western China, literally in concentration-like conditions.

And so being concerned about the human rights of Muslims does extend more broadly than Kashmir, and you've seen the administration very involved here during the UN General Assembly and trying to shine a light on the horrific conditions that continue to exist for Muslims throughout China," Alice Wells, US Acting Assistant Secretary for South and Central Asia had said in September last year while replying to a question about Pakistan PM's concerns about Kashmir.