Border clashes and unprecedented Pakistani air strikes inside Afghanistan have increased already simmering tensions with the Taliban regime in the war-torn nation, the media reported. 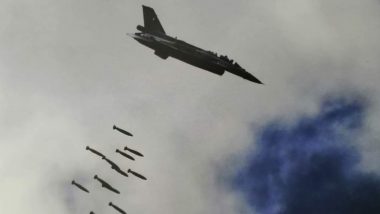 Islamabad said it was targeting Tehrik-e Taliban Pakistan (TTP) militants. The air strikes provoked unusually harsh exchanges, with the Taliban issuing threats against its longtime ally. Experts said the root of the growing tensions is the Taliban's unwillingness to crack down on the TTP, a close ideological and organisational ally.

From its bases inside Afghanistan, the extremist group has intensified its insurgency against Islamabad in recent years. The Afghan Taliban has mediated peace talks between Islamabad and the TTP, also known as the Pakistani Taliban.

But since a temporary month-long ceasefire expired and peace talks collapsed in December, the militants have increased their cross-border attacks against Pakistani security forces.

"Pakistan is angry that the Taliban are copying its playbook by hosting a militant group hostile to a neighbouring country," said Sami Yousafzai, a veteran Afghan journalist and commentator who has tracked the Taliban since its emergence in the 1990s.

He was referring to Islamabad's support to the Taliban during the 20-year US-led war in Afghanistan, RFE/RL reported.

Yousafzai said the Afghan Taliban is unlikely to bow to Islamabad's demand that it expels the TTP or prevent it from using Afghan territory from carrying out attacks in Pakistan. "It will go against the narrative and history of the Taliban to engage in a military offensive against a fellow Islamist group on Pakistan's behest," he said. Taliban Welcomes Extension of UN Mission in War-Torn Nation For Another Year.

With the Taliban unwilling to clamp down on the TTP, Pakistan is likely to continue targeting TTP sanctuaries in Afghanistan, which will further strain Islamabad's ties with the militants, analysts said.

(The above story first appeared on LatestLY on Apr 22, 2022 01:33 PM IST. For more news and updates on politics, world, sports, entertainment and lifestyle, log on to our website latestly.com).