Scotland Becomes First Country in the World to Make Sanitary Products Free For All Who Need Them, New Law Aims to Eliminate 'Period Poverty' 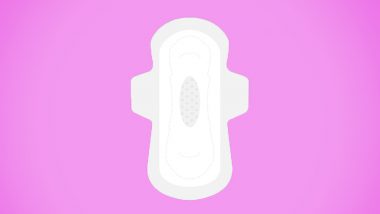 UK, November 25: Scotland became the first nation to make period products like tampons and pads free for anyone in need after parliament unanimously passed the legislation on Tuesday. According to a Forbes report, all schools, colleges and universities will be required to stock them in bathrooms; and government officials can order other public organisations to do the same.

The objective behind the legislation is to eliminate 'period poverty' so that people have access to necessary period products. Nicola Sturgeon, the first minister of Scotland, posted on Twitter shortly after the vote that she was “proud to vote for this groundbreaking legislation” which she called an “important policy for women and girls.” Scotland Bans Smacking of Children Under 16, Becomes First UK Nation to Give Same Protection From Assault as Adults.

Scotland Becomes First Country in the World to Provide Free Period Products For All Who Need Them:

Proud to vote for this groundbreaking legislation, making Scotland the first country in the world to provide free period products for all who need them. An important policy for women and girls. Well done to @MonicaLennon7 @ClydesdAileen and all who worked to make it happen https://t.co/4lckZ4ZYIY

Two years back, Scotland also made history when it began providing free sanitary products to students at schools, colleges and universities, through a government program.

(The above story first appeared on LatestLY on Nov 25, 2020 09:08 AM IST. For more news and updates on politics, world, sports, entertainment and lifestyle, log on to our website latestly.com).