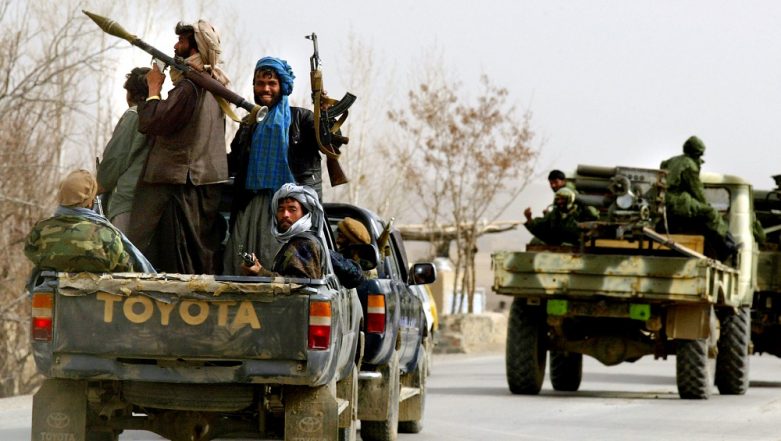 Washington, May 12: Former US Defence Secretary Robert Gates has said that there is a "real risk" that if American troops are pulled out of Afghanistan, the Taliban might retake control of the country. The Donald Trump administration should ensure that the Afghan government is stable before bringing American forces home, Gates told CBS News. There are currently 12,000 US service members stationed in the war-torn country.

"I think that the circumstances under which you bring them home matter. And I think trying to give the Afghan government the best possible shot at survival is really important for the future of Afghanistan," said Gates, who served as the Defence Secretary under former US President Barack Obama between 2006 to 2011. Gates outlined potential consequences of the Taliban retaking control of the country, particularly the reduction of women's rights, CBS News reported on Saturday. US President Donald Trump Will Not Accept ‘Bad Deal’ on Afghanistan, Says White House Official.

Under the Taliban regime before 2001, strict rules were imposed on women as it is against women attending school or holding jobs. "So the question is, can you negotiate an arrangement whereby the Taliban agrees to operate under the Afghan Constitution, becomes a part of the political process?" Gates asked. Asked if the Taliban has interest in joining the government or if it just wants to rule the country itself, Gates said that the Taliban wants to "take over Afghanistan".

"If they agree to any kind of a compromise deal, it's really up to the other Afghans at the end of the day to resist any moves, to get rid of those changes, to go backward, if you will." His remarks came as the US administration announced it would move $1.5 billion designated for the war in Afghanistan to build a border wall.

The US is currently involved in negotiations with the Taliban to end the 17-year war in Afghanistan, although it has not included the current Afghan government in those talks.

That exclusion from direct talks has caused a rift in relations between President Ashraf Ghani and US special envoy Zalmay Khalilzad. The US recently reached an agreement with the Taliban that in exchange for them agreeing not to again harbour terrorists like Al Qaeda, Washington would withdraw its troops from the South Asian country.

It led to accusations that US President Donald Trump administration is rushing into a "bad deal" that could leave the US-backed Ghani government vulnerable. Khalilzad wrapped up the sixth round of talks with the Taliban last week and said they made "steady but slow progress". Gates was asked it was reasonable to compare the US involvement in Afghanistan to the war in Vietnam, which ended with the American troops withdrawal and a subsequent communist takeover of the country. "I think there's a very real risk of that... a repeat of the government that we have supported being unable to sustain itself," he said.