Tulsi Gabbard Questioned for Wearing BJP Scarf, US Presidential Candidate Says ‘Someone Put Something Around My Neck and Took a Picture’; Watch Video 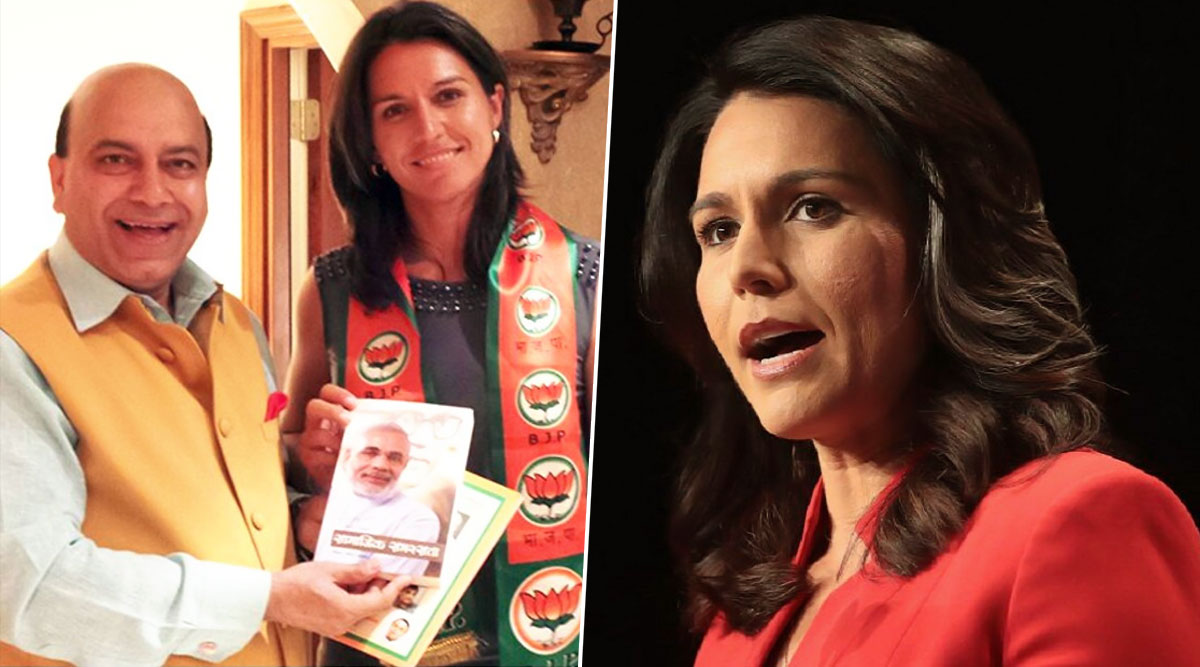 New Hampshire, January 7: Tulsi Gabbard, the first Hindu elected to the US Congress, on Sunday faced criticism for wearing a Bharatiya Janata Party (BJP) scarf and supporting the ruling party in India. Gabbard, the 2020 candidate for president in the United States of America, denied all the allegations and responded to criticism by saying that someone put something around her neck and snapped a picture. Gabbard was questioned by a person in the audience asking her if she had financially supported the BJP back in 2014 and supported the party during the elections in India in 2014.

A Twitter user, who goes by the handle @jadafromnola, tweeted a video of the meeting at the New Hampshire town hall on Sunday. In the video, the man is seen asking Gabbard about her involvement in the Indian politics at a time during her election to the Congress in the US. The row was triggered over a picture of her appearing next to BJP supporters while wearing a scarf with the BJP's logo. Tulsi Gabbard, First Hindu Lawmaker From Hawaii, Planning to Run for US Presidential Elections in 2020: Sources.

But any criticism must be religious bigotry, right? pic.twitter.com/VbIXA68BeU

In the past too, Gabbard has been criticised by some as a "Hindu nationalist" for meeting Prime Minister Narendra Modi. Gabbard denied to the criticisms and told the town hall audience that such attacks are prompted by religious bigotry. She added further that any implication or accusation or efforts to elicit some kind of suspicion about her or her motives can only be attributed to religious bigotry because she is a practicing Hindu.