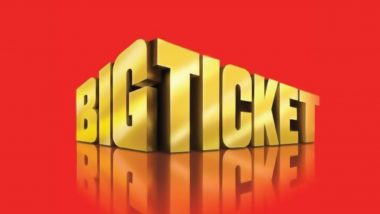 Jalal, an HR professional from Trichur in Kerala works in Abu Dhabi. She would be sharing the prize money with ten of her friends.

“I am speechless. I don’t know what to say. I am happy and grateful,” she told Khaleej Times.

Last year, a Kerala man working as a driver in Dubai hit a jackpot by winning 20 million dirhams (approximately Rs 40 crore) in a raffle draw in the United Arab Emirates (UAE).

"I have been here since 2008. I worked as a driver with Dubai Taxi and different companies. Last year, I worked as driver-cum-salesman with a company but with my salary deduction, it was a difficult life," Somarajan told Khaleej Times in 2021.

(The above story first appeared on LatestLY on Feb 05, 2022 05:19 PM IST. For more news and updates on politics, world, sports, entertainment and lifestyle, log on to our website latestly.com).