The Chief Intelligence Directorate of the Ministry of Defence in Ukraine has obtained a list of Russian FSB officers involved in what it called criminal activities on behalf of Russia in Europe. 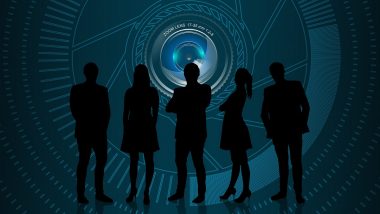 Kiev, March 28: The Chief Intelligence Directorate of the Ministry of Defence in Ukraine has obtained a list of Russian FSB officers involved in what it called criminal activities on behalf of Russia in Europe.

The Ukrainian Chief Intelligence Directorate said the list consists of 620 FSB officers. The intel revealed the names of the Russian spies, their place of work, registered address and passport data as well as the models and registration plates of their cars, Ukrayinska Pravda reported. Russia-Ukraine War Latest Updates: Kremlin Says No Major Breakthrough So Far in Conflict Talks; Vladimir Putin Does Not Appear Ready to Compromise on Ukraine, Says US Official.

The full list of spies can be viewed on the website of the Chief Intelligence Directorate of Ukraine. Earlier, Ukraine said it won't open humanitarian corridors from its cities on Monday due to warnings of Russian "provocations" on routes, BBC reported.

Corridors had been set up to allow civilians to leave some towns that are surrounded by Russian forces. "Ukraine has no plans to open any humanitarian corridors to evacuate civilians from cities under siege on Monday," Ukraine's Deputy Prime Minister Iryna Vereshchuk said. Vereshchuk said the decision has been taken because of intelligence reports warning of possible Russian "provocations" along the routes, BBC reported.

Safe corridors have been set up from Mariupol, Sumy and towns and villages outside the capital Kiev, which are currently surrounded or almost surrounded by Russian forces. Meanwhile, the Mayor of Mariupol has said the besieged port city is on the verge of catastrophe and must be completely evacuated.

(The above story first appeared on LatestLY on Mar 28, 2022 10:59 PM IST. For more news and updates on politics, world, sports, entertainment and lifestyle, log on to our website latestly.com).