BTS' V turned 26-year-old on Thursday and his superstar bandmates poured in adorable wishes on social media to mark his special day. 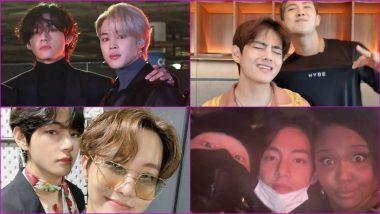 As per Billboard, the Guinness World Records announced earlier this month that V's Instagram handle, @thv, broke two social media records for being the fastest to reach both one and 10 million followers.

On Twitter, Lizzo shared fanmade artwork of her and V while writing, "#HAPPYVDAY somebody made this and it's soooo cute! Happy bday V." The original photo was taken at Harry Styles' LA concert in November, where the pop star met up with the K-pop boy band at Inglewood's The Forum.