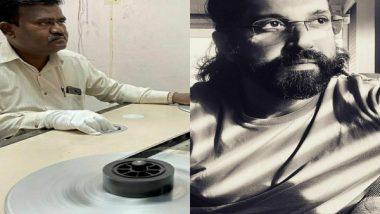 On Friday, Farhan took to Instagram Story to mourn the death of Dhiwar.

"RIP...Behind the scenes hero of cinema," he wrote.

Along with it, Farhan posted a screenshot of a post uploaded on the official Instagram handle of the National Film Archive of India (NFAI).

The NFAI's post stated that Dhiwar "worked tirelessly to preserve the cinematic heritage of our country".

"It is with deep sorrow we inform you of the passing away of our Film Preservation Officer Shri. Kiran Dhiwar. As in-charge of Film Collections at NFAI, Shri Dhiwar was instrumental in acquiring and preserving thousands of films over the years. In his 30 years of service Shri. Dhiwar worked tirelessly to preserve the cinematic heritage of our country," the post read.

"Shri. Dhiwar was a dedicated archivist and had an encyclopedic knowledge about NFAI's vast film collection. He built connections with various producers and production houses which helped in getting a lot of archival films at NFAI. His loss is both personal and institutional", Prakash Magdum said. (ANI)