Tony and Academy Award-nominated writer, director and performer Douglas McGrath passed away at 64. The production company of McGrath's autobiographical play "Everything is Fine" revealed on Friday that he passed away unexpectedly on Thursday. 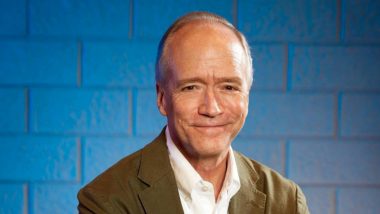 Tony and Academy Award-nominated writer, director and performer Douglas McGrath passed away at 64. According to The Hollywood Reporter, the production company of McGrath's autobiographical play "Everything is Fine" revealed on Friday that he passed away unexpectedly on Thursday. RIP Julie Powell: Food Writer of Julie & Julia Dies at 49.

As per the reports of The Hollywood Reporter, at the time of his death, McGrath was in New York City, where he was in the midst of performing in Everything is Fine at Off-Broadway's DR2 Theatre. The show will not continue, after playing its last performance on Wednesday. "The company of Everything's Fine was honoured to have presented his solo autobiographical show. Everyone who worked with him over the last three months of production was struck by his grace, charm, and droll sense of humour, and sends deepest condolences to his family," producers Daryl Roth, Tom Werner and director John Lithgow said in a statement reported by The Hollywood Reporter.

McGrath's career encompassed both the stage and Hollywood, earning him a Tony Award nod for his book Beautiful: The Carole King Musical and an Academy Award nomination for his screenplay for Bullets Over Broadway, which he co-wrote with Woody Allen. McGrath wrote and directed a number of films, including Emma, Nicholas Nickleby, Company Man (co-written and directed with Peter Askin), and Infamous. His Way and Becoming Mike Nichols, both Emmy-nominated HBO documentaries, were directed by him. He was in seven Woody Allen films, as well as Quiz Show and The Insider. He also penned the theatre plays The Age of Innocence and Checkers. Willie Spence, American Idol Runner up, Dies at 23 in Car Accident.

According to The Hollywood Reporter, McGrath was born in Midland, Texas, to Beatrice and R Searle McGrath. He attended Trinity School of Midland, The Choate School, and Princeton University. He is survived by his wife, Jane Read Martin, and son, Henry McGrath.