Entrapped: Adhyayan Suman to Make His Acting Comeback With a Film Based on True Events

According to a press note, Entrapped is inspired by true events, and it also stars actor Sheetal Kale. 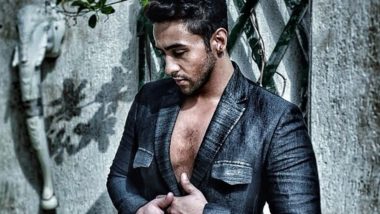 Actor Adhyayan Suman, who earlier featured in movies like Haal-e-dil and Raaz-The Mystery Continues', will now be seen in Entrapped. According to a press note, Entrapped is inspired by true events, and it also stars actor Sheetal Kale. Adhyayan, who is also a singer, considers 'Entrapped' his come back vehicle in the acting field. "'Entrapped' has been physically, emotionally and psychologically the most tedious film of my life. Aashram Season 2: Adhyayan Suman Says He Has Recorded His Own Songs for the Role of a Rockstar in Bobby Deol’s Web Show.

Everything about it is crazy and beyond. At that point was going through a lot in my personal life and this filming experience turned out to be cathartic. I am counting on entrapped as my come back vehicle. You will see Adhyayan 2.0 watch out," he said. The film is written and directed by Sameer Joshi. Unveiling more details about 'Entrapped', Joshi said: "It is an attempt to tell a thrilling story in a confined space with elements of drama. It is just as much an emotional journey as much as it is an on the edge of the seat thriller. Adhyayan Suman-Maera Mishra BreakUp: Five Pictures Of The Ex-Couple You May Have Missed.

I am proud of my team and especially the actors who endured the grilling process in bringing my vision to the celluloid." 'Entrapped' is produced by Giovanni karl Vaz and Nisha karla Vaz.