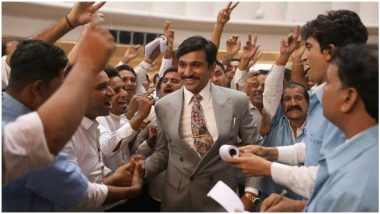 "Two awards for #Scam1992 in the #AsianAcademyCreativeAwards, India for Best Drama Series and Best Direction. We now go on to represent India at the Grand Finale in December. Thank you amazing team #Scam1992, my co-director and son @JaiHMehta @nairsameer @ApplauseSocial @SonyLIV," he tweeted. Other winners from India include Manoj Bajpayee, who bagged Best Actor in a Leading Role award for 'The Family Man S2' and Konkona Sen Sharma for Best Actress in a Leading role for 'Ajeeb Daastaans: Geeli Pucchi'. Yo or Hell No? Tara Sutaria in Her Traditional Outfit By Punit Balana.

For the annual Asian Academy Creative Awards, the best of the best from 16 nations representing the region's content industry gather each December in Singapore. The Grand Awards will take place on December 2 and the Red Carpet and Gala Awards on December 3.