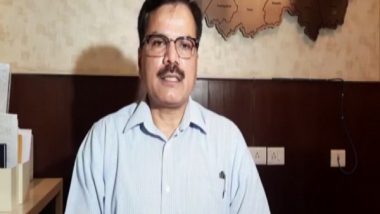 Patna, June 30: As many as eight drones were seized from three people in Motihari district of Bihar along the border with Nepal, officials have said. According to Additional Director General (ADG) of police Jitendra Kumar said the Sashastra Seema Bal (SSB) was carrying out patrolling on June 26 when they spotted three people carrying eight packed drones.

Upon interrogation, no relevant information regarding the drones was provided by the accused and they were handed over to the police for further investigation, he said told ANI. "A case of theft under sections 379 and 411 of the Indian Penal Code has been registered," added the DGP. Jammu Air Force Station Blast: Drone Attack Suspected at High-Security Area of Jammu Airport, 2 Detained; Here's What We Know So Far.

The police official further said, "As the investigation carried out so far, the identified accused are locals and have claimed that they were taking the drones for the purpose of videography on a wedding. Only a detailed investigation can reveal the true facts."

The incident comes in the wake of an attack on the Indian Air Force station in Jammu last Sunday and a subsequent alert sounded for drones.