Accordingly, a team was sent for inspection. 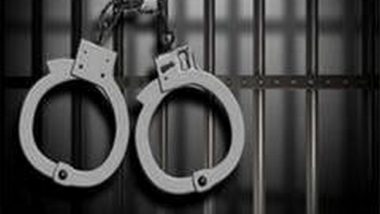 On reaching a service road at Bata Jangapuram village on the route from Sabbavaram to Anakapalle, the team found a van covered with tarpaulin and stopped it."There were two people in the vehicle, and they tried to escape. An alert was sent to all policemen in the area, and both the suspects were caught. On inquiry, they admitted that there was Ganja in the van," the inspector further said. Mizoram: Drugs Worth Rs 7.29 Crore, 80 Exotic Reptiles Seized by BSF.

A total of 2640 kg of Ganja was seized by the police. Its value is estimted to be more than Rs 52 lakh.The two persons who were arrested were identified as Killo Rambabu and Panama Lokesh. Both are from village Jolaput in Munchangiputtu Mandal. Sabbavaram police has registered a case against them.