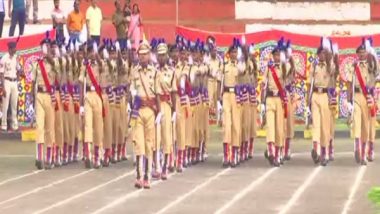 A passing out soldier, Balaram Das told ANI that they were meticulously taught how to function in an arena along with the operation of arms (including guns like the INSAS 5.56 rifle, AK-47, carbine, pistol, and LMG guns), and the strategies for tackling attacks by opponents.

"The most important principle of this force, which is discipline, was our first and foremost lesson. We were also trained on what kind of enemies we may find in the field, and how we can counter them," he said.

383 soldiers including 301 males and 82 females, who became soldiers of the largest paramilitary force handling internal security in India. (ANI)