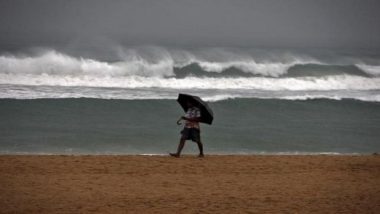 According to the India Meteorological Department (IMD), a low-pressure area is forming over the Arabian Sea and that it may gradually turn into a cyclone over the east-central Arabian Sea by May 16. The cyclone is likely to impact areas including the coast of Kerala, Karnataka, Lakshadweep, Goa and Maharashtra. Cyclone Tauktae Live Tracker Map: Track Realtime Path of Low Pressure Area Forming in Arabian Sea Which May Intensify Into First Cyclonic Storm of 2021.