DD Free Dish has continued its strong growth trajectory and its base has crossed an estimated 40 million subscribers according to the report, it said. 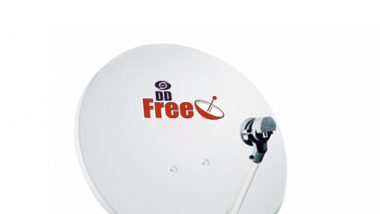 The EY FICCI Media Entertainment Report 2021 attributed the growth to less expensive television sets, economic issues, launch of the DD Retro Channel and return of big broadcasters to the Free Dish platform, a statement said. DD Free Dish has continued its strong growth trajectory and its base has crossed an estimated 40 million subscribers according to the report, it said.

Television households will continue to grow at over 5 per cent till 2025, driven by connected TVs which could cross 40 million by 2025 and DD Free Dish could cross 50 million, the statement said. The primary objective of DD Free Dish is to provide an alternative and affordable platform for quality entertainment and information to people without any subscription fee.

The 2021 edition of the FICCI-EY report on the Indian media and entertainment (M&E) sector released in March 2021 showcases the present and future growth scenario of every segment of M&E through TV, radio, print, digital, etc. in the light of demand patterns shift aided by the growth of digital infrastructure accompanied by accelerated digital media adoption.