Get latest articles and stories on India at LatestLY. Fort Kochi police denied permission to use loudspeakers for a cultural programme commemorating singer Bob Marley citing law and order issues. 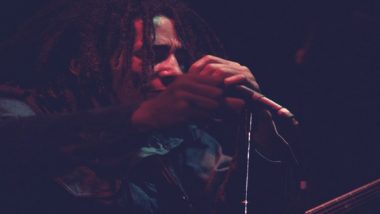 The programme was scheduled for Sunday at Fort Kochi beach.

Fort Kochi ACP Raveendranath said, "As per reports, the program will create law and order issues and that's why the permission was denied."

The programme has been hosted since 2009 in the same venue by 'Njattuvela Samskarika Pravarthaka Sangam', which is a cultural group in Kochi.

Programme convener Rasheed Mattanchery said in a Facebook post that the permission for the programme was denied by the police and they plan to go ahead with the event with 'necessary changes' with the programme titled 'Bob Marley - Songs and Strife'.

He also informed that the necessary changes will be made to conduct the programme tomorrow itself and Suveeran who is an award-winning drama-film director will inaugurate this.

The organisers alleged that the police didn't inform them about denying permission formally.

According to them, the police orally said that the programme titled 'Bob Marley-Songs and Strife' will create law and order issues. (ANI)