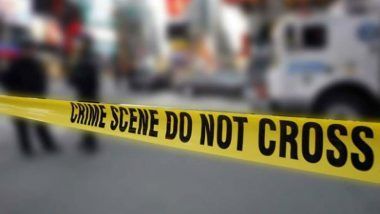 Narsinghpur, October 2: A 32-year-old Dalit woman, who was allegedly raped by three men four days ago, committed suicide on Friday in Madhya Pradesh's Narsinghpur district, police said. The woman's family alleged that the police did not register a complaint in the last three days. on Friday, the police arrested three persons, including one of the alleged rapists. Sawai Madhopur Alleged Rape Case: Five Including Ex-BJP Mahila Morcha Leader Arrested by Rajasthan Police.

"We registered a case today against Arvind and Parsu Choudhary, who belong to the same community as the victim, and another accused Anil Rai for gang-rape," Yadav informed.

"Arvind Choudhary has been arrested and a hunt has been launched for the other two," he added. The trio allegedly raped the woman on Monday when she was out in a field to cut grass for the cattle.

The SDOP, however, said the woman's two nieces who saw the incident stated that the accused caught hold of her and teased her, but did not confirm that she was raped. When they raised alarm, the accused fled, the two girls told police.

The woman and her husband orally complained to the police on the same day but the complaint was not clear, Yadav claimed.

On Friday, when the woman went to fetch water from a tap, Leela Bai, another woman, allegedly taunted her, after which the victim went home and hanged herself, the police officer said.

Her husband alleged in his complaint that they were trying to get a case registered for the last three days but to no avail.

"We have arrested Leela Bai. Besides, Motilal, Arvind's father too was arrested under IPC section 306 (abetment of suicide) as he had said something insulting to the woman," Yadav said.

"We have registered a case of gang-rape and are investigating further," he added.