The high court had sought answers from the government during the previous hearings and reserved the verdict which it gave on July 3. 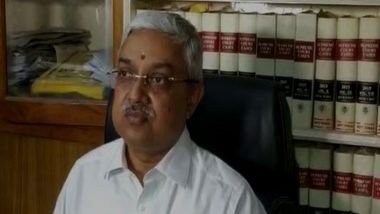 Ranjan said that the court ruled out the opening temple for devotees and organizing Shravani Mela considering the state government's argument in view of the COVID-19 pandemic.

"Jharkhand government told the court that organizing Shravani Mela at Deoghar temple is not possible during COVID-19 pandemic. After hearing government concerns, HC gave the order for the arrangements of 'Online or Virtual Darshan'. Government has been instructed to complete all necessary preparations," Ranjan said. July 2020 Festivals, Events and Holiday Calendar: From Sawan Vrat Dates, Guru Purnima to 4th of July Celebrations; Know All Important Dates and List of Fasts for the Month.

"We have ordered for not allowing any congregation at religious places till July 30 even though the MHA has allowed the opening of such places from June 8. Temple is closed but worshipping by priests are continuing in it. Court has directed for virtual darshan. It will be telecasted live. There will be virtual pooja, as per the court order. It will be in accordance with the court's order," he added.

BJP MP Nishikant Dubey had filed the PIL demanding the opening of the temple for devotees as it is the matter of faith. The high court had sought answers from the government during the previous hearings and reserved the verdict which it gave on July 3.

The state government had on July 2 itself has postponed the World famous 'Shravani Mela' (which usually held during this time of year) at Deoghar due to COVID-19 pandemic. Chief Minister Hemant Soren had also instructed Deputy Commissioners of Deoghar and Dumka districts to implement guidelines strictly.