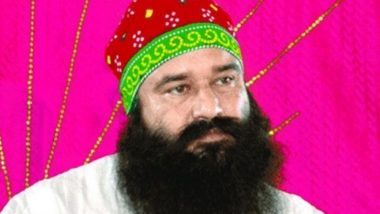 Panchkula, October 18: The special CBI court in Haryana's Panchkula on Monday awarded life imprisonment to all the accused in the Ranjit Singh murder case, including Dera Sacha Sauda's Gurmeet Ram Rahim and four others. A fine of Rs 31 Lakhs has been levied on Ram Rahim and Rs 50,000 on the remaining accused.

The Dera chief was sentenced in August 2017 to 20 years of imprisonment in connection with raping two of his women followers and the murder of a journalist.