As former Communist Party of India (CPI) leader Kanhaiya Kumar and Gujarat MLA Jignesh Mevani joined Congress on Tuesday, party's Gujarat unit Working President Hardik Patel on Tuesday said that youngsters want to work in their party under a leader who talks about development and prosperity. 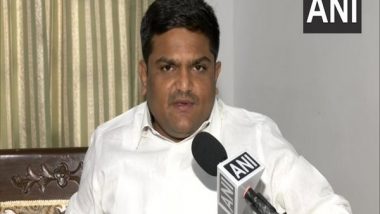 He said that Congress raises the voice for the people of the country and wants to strengthen them and be their voice.

"We, youngsters, want to work in Congress, under a leader who talks about development and prosperity. We have raised voice for people of the country in past, want to strengthen them and be their voice," Patel told ANI.

Kanhaiya Kumar was a member of the Communist Party of India (CPI) national executive, a top decision-making body of the party, while Mevani is an independent MLA from the Vadgam constituency in Gujarat and convener of Rashtriya Dalit Adhikar Manch (RDAM).The former JNU student leader also contested against Union Minister Giriraj Singh in Bihar's Begusarai Lok Sabha seat in the 2019 general elections. Since then he has maintained a low profile.On the other hand, Mevani had won from the reserved Vadgam Assembly seat in the 2017 Gujarat Assembly polls. Congress did not field its candidate against Mevani in the Vadgam constituency.Congress sources had earlier said that some more young leaders would join the party in the coming days. They said that Kumar and Mevani could be part of a campaign to connect with the youth against the BJP-led government.

Earlier this year, Jitin Prasad and Sushmita Dev resigned from the primary membership of Congress. Prasad joined the BJP and is now a minister in the Uttar Pradesh government while Dev became a part of the Trinamool Congress (TMC) and has been elected unopposed to the Rajya Sabha from West Bengal. (ANI)