Judge Olguin also ordered that, should the defendants wish to apply for another motion to dismiss to the refiled suit, then "counsel for the parties shall, on January 20, 2022, at 10:00 a.m. meet and confer in person or via video conference to discuss defendants' motion to dismiss." 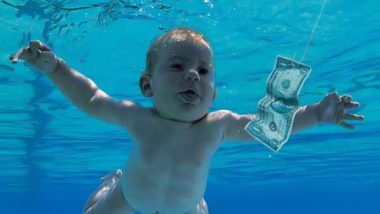 A judge has dismissed the lawsuit filed against the surviving members of Nirvana over the cover image of their iconic album 'Nevermind'. According to Variety, last year, Spencer Elden, the baby pictured naked on the front of the album, sued a number of individuals and companies associated with the record including Nirvana band members Dave Grohl and Krist Novoselic as well as Kurt Cobain's widow Courtney Love, who is the executor of Cobain's estate. Lawsuit Over Naked Baby on American Rock Band Nirvana’s ‘Nevermind’ Cover Likely To Be Dismissed.

Elden's lawsuit claimed the image on the cover was taken and used without his consent and the nudity amounts to an image of child abuse. Two weeks ago, the attorneys for Grohl, Novoselic, Weddle, Love, Cobain, Nirvana, L.L.C., MCA Records, UMG Recordings, Inc., Universal Music Group, Inc., The David Geffen Company and Geffen Records jointly sought dismissal of Elden's lawsuit, stating Elden had "spent three decades profiting from his celebrity as the self-anointed 'Nirvana Baby'" and the suit was time-barred.

'Nevermind', which celebrated its thirtieth-anniversary last year, was released in 1991. On Monday evening, Judge Fernando M. Olguin, who was presiding over the case at the U.S. District Court in Central California, dismissed the case after Elden missed his December 30 deadline to file an opposition to the defendants' motion to dismiss. However, Judge Olguin's dismissal was made "with leave to amend." Therefore, although the lawsuit has been dismissed, Elden has been given a second chance to refile a new complaint, one which makes good the "defects" alleged in the defendants' motion to dismiss, such as the allegation that the suit is time-barred.

If Elden misses the new deadline of January 13 the suit will be dismissed "without prejudice," and the matter will be considered closed. If Elden does refile by January 13, the defendants' lawyers will have a further two weeks to file a reply to the new suit. "Plaintiff is cautioned that failure to timely file a Second Amended Complaint shall result in this action being dismissed without prejudice for failure to prosecute and/or failure to comply with a court order," the ruling stated.