Lifestyle News | How Big of an Effect Do Boycotts Have on Brand Sales?

Get latest articles and stories on Lifestyle at LatestLY. At a campaign event in the midst of the 2020 U.S. presidential election, the chief executive officer of Goya, a large Latin food brand, publicly praised and endorsed then-president Donald Trump. The comments triggered both a boycott and a counter "buycott" movement in support of the brand. 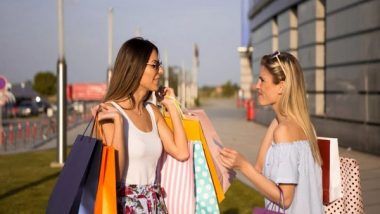 Baltimore [US], November 27 (ANI): The chief executive officer of 'Goya', a sizable Latin food brand in the US, publicly complimented and endorsed then-president Donald Trump during a campaign rally during the 2020 U.S. presidential election. Both a boycott and a counter-boycott movement in favour of the brand were started in response to the comments.

Do such "buycotts" or boycotts affect brand sales in the long- and short-term?

These issues were at the heart of a study that discovered that while the buycott's immediate rise in Goya sales was significant, it was not long-lasting. However, the researchers also discovered that the boycott had a temporary, minor countervailing effect in counties with a high Democratic population.

Jra Liaukonyt of Cornell University, Anna Tuchman of Northwestern University, and Xinrong Zhu of the Imperial College Business School in London are the authors of the study, "Frontiers: Spilling the Beans on Political Consumerism: Do Social Media Boycotts and Buycotts Translate to Real Sales Impact?" that was published in the most recent issue of the INFORMS journal Marketing Science.

"After the CEO made his statements, Goya sales temporarily increased by 22 per cent," says Jura Liaukonyte. "But this net sales boost fully dissipated within three weeks."

Anna Tuchman added, "There was a lack of empirical evidence on buycotts, and we wanted to know, 'What was the net effect of the boycott versus the buycott movements on sales? How long did the sales impact last, and how did it vary across local markets based on political affiliations?'"

To get the answers, the researchers analyzed sales data over time and by market, as well as the rates of social media and news media activity on the issue.

"Among consumer packaged goods (CPG) companies, Goya is one of the most Democratic brands. Consistent with this, we found that the boycott generated 75 per cent more chatter on social media than the "buycott". And related media coverage was overwhelmingly dominated by the boycott narrative."

However, the researchers discovered that the real sales response was in the opposite direction, which indicated that social media metrics may not be a reliable indicator of actual demand in the context of political consumerism. Actually, the boycott effect was overshadowed by the buycott effect, which increased the company's net sales by almost 22 per cent in the weeks following the controversy. However, the impact was just fleeting.

"We found that the temporary increase in Goya's sales came from consumers not traditionally thought of as the brand's core customers," says Tuchman. "First-time Goya buyers were from heavily Republican areas who did not continue buying the brand, and thus were not particularly valuable in the longer term."

The researchers discovered that in highly Democratic counties, a tiny boycott effect that lingered for up to eight weeks after the event outlasted the boycott effect. The study's authors also discovered that Latinos, the brand's most important market, did not see a decline in their purchases of Goya goods.

Both the boycott and the "buycott" ultimately had no significant influence on sales. (ANI)