Get latest articles and stories on Science at LatestLY. Scientists have identified the mechanism by which Williams-Beuren Syndrome enhances the ability to discriminate between sounds as interneuron hyperexcitability in the auditory cortex. 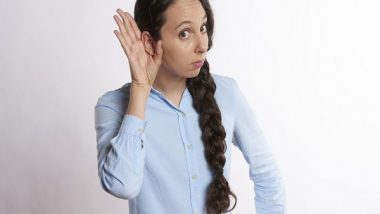 Washington [US], September 26 (ANI): Scientists have identified the mechanism by which Williams-Beuren Syndrome enhances the ability to discriminate between sounds as interneuron hyperexcitability in the auditory cortex.

Understanding what causes the superior auditory ability in WBS patients may provide a target for treating the disease in addition to helping advance research on the ability to discriminate between sounds. WBS offers insight into the mechanisms that underlie enhanced auditory abilities. For instance, some people with WBS have perfect pitch, which is the ability to differentiate between notes or frequencies without a reference guide.

"WBS stands out among neurodevelopmental disorders because children with the disorder, despite profound learning disabilities, can have a higher prevalence of superior musical and linguistic abilities than children in the general population," said corresponding author Stanislav Zakharenko, M.D., Ph.D., St. Jude Department of Developmental Neurobiology. "We were fascinated by that and wanted to know more about how a disorder that is caused by a loss of 27 genes could help individuals gain a better than normal ability for auditory processing."

Excited neurons in the auditory cortex

Also Read | Navdurga Images for Sharad Navratri 2022: List of Nine Forms of Maa Durga, Their Significance & Bhog Offered to Them During Shardiya Navratri.

Mouse models of WBS have an enhanced ability to discriminate between sound frequencies. These mice also have improved frequency coding in the auditory cortex, the part of the brain that processes sound. The researchers showed that the enhanced ability to discriminate between frequencies is caused by hyperexcitable interneurons in the auditory cortex.

To understand the cellular biology that underlies enhanced auditory abilities in WBS patients, the researchers conducted an RNAseq experiment. The data led the researchers to a neuropeptide receptor called VIPR1, which is reduced in the auditory cortex of individuals with WBS. The reduction in VIPR1 was also found in cerebral organoids, advanced models made in the laboratory using human induced pluripotent stem cells.

The scientists found that the transcription factor Gtf2ird1, encoded by one of the 27 genes lost in those with WBS, regulates VIPR1. Deleting or overexpressing VIPR1 in the auditory cortex can mimic or reverse the auditory effects seen in WBS. Thus, it is Gtf2ird1 downregulating VIPR1 that is responsible for the impact of WBS on auditory ability.

"I didn't know a lot about VIPR1 before it popped up in our data because the role of this family of receptors in the brain is under-appreciated compared to other neuromodulator or neurotransmitter receptors," said first-author Christopher Davenport, St. Jude Department of Developmental Neurobiology. "Our findings show that they can strongly impact information processing and behavior and are likely relevant for other behaviors and diseases as well."

"This work suggests that reducing neuronal hyperexcitability might be a general mechanism for treating WBS through targeting VIPR1," Zakharenko said. "It also opens up new directions to learn about musicality and how our brain differentiates sounds based on these findings in models of WBS." (ANI)