A recent study has found that pregnancy is a challenge for the mother's immune system from the outset as half of the genes in the foetus are foreign to her body. 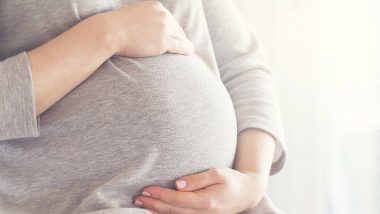 Oslo, January 2: A recent study has found that pregnancy is a challenge for the mother's immune system from the outset as half of the genes in the foetus are foreign to her body.

The immune system has to strike a balance between tolerating the foetus and protecting the mother and foetus from infections. Throughout the pregnancy, an immunological balance takes place between mother and child. Also Read | Chelsea vs Liverpool, Premier League 2021-22 Free Live Streaming Online & Match Time in India: How To Watch EPL Match Live Telecast on TV & Football Score Updates in IST?.

At the Norwegian University of Science and Technology's (NTNU) Centre for Molecular Inflammation Research (CEMIR), a research group is engaged in studying inflammation in pregnancy. The group has made findings that shed light on how the immune system behaves during pregnancy. Also Read | Jamshedpur FC vs Chennaiyin FC, ISL 2021-22 Live Streaming Online on Disney+ Hotstar: Watch Free Telecast of JFC vs CFC in Indian Super League 8 on TV and Online.

Anders Hagen Jarmund, a research programme student, and his colleagues at CEMIR are the first researchers to survey the development of women's immune responses throughout pregnancy. The study followed 707 women with normal pregnancies, who gave birth to healthy full-term and post-term babies.

"Our immune system is regulated by cell signalling molecules called cytokines. The signalling molecules can trigger or stop immune responses. We profiled a number of different cytokines in the blood using a simple blood sample from the mother. Linking the measurements of lots of cytokines at several points in the pregnancy gave us an imprint of the mother's immune response," says Jarmund.

"Because we have so many healthy pregnant women in the study, we were able to find the 'standard' for how the immune system behaves during normal pregnancies," he says.

Blood samples from the mother provide detailed information about inflammatory conditions in the body, the strain on the foetus and early signs of the immunological disorder.

The researchers found that immune activity in normal pregnancies follows a certain pattern, with elevated immune activation in the first three months, then a calmer phase the next three and higher activity in the last three months, especially when childbirth is imminent Jarmund believes that studying the immune system's behaviour in normal pregnancies can be very useful.

"Our study can serve as a reference for what's normal at different stages throughout pregnancy. By comparing analyses of blood samples from the pregnant woman with our survey, we can detect abnormalities very early," Jarmund said.

"Early detection can help the doctor assess whether the woman has an increased risk of developing a disease and needs extra close follow-up." Jarmund discovered several conditions in the mother or foetus that created abnormalities in the immune response.

"The immune changes detected with cytokine profiling are so sensitive that they capture the effects of obesity and smoking in the mother. The immune system is also affected if the foetus is stunted, and may even indicate whether it's a boy or a girl," says Jarmund.

Another finding was that women who had given birth previously clearly had higher immune activation in the beginning of their pregnancy, but lower than first-time mothers as labour approached. Women who went over term had particularly strong immune activation, which might indicate stress.

Live Marie T. Stokkeland is a PhD candidate at the same centre as Jarmund, as well as at the Women's Health and PCOS group led by Professor Eszter Vanky. Stokkeland is studying a group of women with PCOS (polycystic ovary syndrome).

PCOS is a hormonal disorder characterized by increased levels of male hormones and blisters on the ovaries. About 17 per cent of women of childbearing age are affected.

Women with PCOS often experience irregular menstruation, overweight and increased hair growth on the face and body, and they often struggle to conceive. The risks for women with PCOS during pregnancy include preeclampsia, gestational diabetes and premature birth.

Once we've mapped the changes that characterize various pregnancy complications, it will show us which abnormalities we should look for in order to detect disease development as early as possible.

"We believe that the overactive cytokines in pregnant women with PCOS are an unfavourable response that indicates stress, and that may be a contributing factor to an increased risk of complications. We hope that further research will tell us more about the causes of adverse responses and what can be done to prevent them," says Stokkeland.

Professor Ann-Charlotte Iversen, who leads the group that is studying inflammation in pregnancy, believes the two studies offer exciting perspectives.

"Once we've mapped the changes that characterize various pregnancy complications, it will show us which abnormalities we should look for in order to detect disease development as early as possible. Having this sensitive method will enable us to point out high-risk pregnancies so we can follow up with the mother and foetus more closely. That's our goal," says Iversen.

The research group at the Department of Clinical and Molecular Medicine does not yet know whether each individual disease generates a unique "fingerprint" in the immune response. So far, the analyses have revealed an abnormal cytokine profile for PCOS and gestational hypertension (high blood pressure) in early pregnancy.