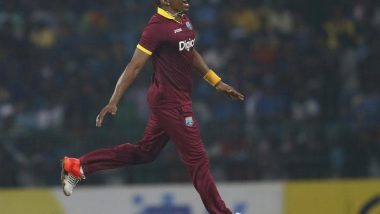 Tarouba, May 1: Dwayne Bravo will play for St Kitts and Nevis Patriots in the upcoming Caribbean Premier League (CPL) 2021 as Trinbago Knight Riders (TKR) have traded the West Indies all-rounder.

DJ Bravo said, "At this stage in my career, I needed a new challenge, which is to work with the young talent for the benefit of Cricket West Indies. Also becoming part of a new franchise SKNP will provide me with a new challenge in CPL. I want to thank TKR for respecting my wishes and for all their support over the years. I also appreciate everything they have done for Trinidad & Tobago in general".

While making the announcement, Venky Mysore, Director of TKR said, "DJ Bravo has been instrumental in not only building TKR into a champion team but also captained the team which earned three championships in 2015, 2017 & 2018. We are sad to see him leave but we respect his wishes & his desire to help Caribbean cricket."

The 2021 CPL will take place in St Kitts and Nevis in its entirety, with all 33 games being played in the federation. The tournament will get underway on August 28 with a similar format of games that worked so successfully in 2020 and delivered a record audience of over 500 million.