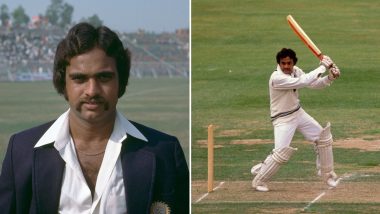 New Delhi, July 13: India's 1983 World Cup hero Yashpal Sharma died on Tuesday after suffering a massive cardiac arrest here. He was 66 and is survived by his wife, two daughters and a son.

"Yes, Yashpal is no more with us. We just received the information from his family," a former India teammate of Yashpal confirmed to PTI.

He was known for his gutsy attitude and his stroke-filled half century in the semifinal against England in the 1983 campaign at the Old Trafford will forever be etched in the public memory. He was also a national selector during early part of 2000.