One Manchester United fan has been arrested following protests by the Red Devils' supporters on Sunday. 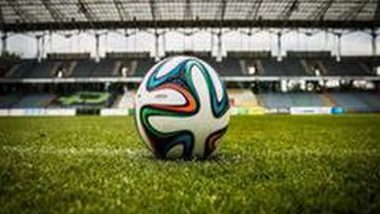 Manchester [UK], May 4 (ANI): One Manchester United fan has been arrested following protests by the Red Devils' supporters on Sunday.

Manchester United's Premier League clash against Liverpool on Sunday had to be postponed after fans entered Old Trafford and onto the pitch to express their anger towards the club's owners.

The fans even went on to target the Lowry Hotel, where the United players were staying, and blocked the team from making it to the stadium.

"Six police officer injuries have been reported so far with one officer receiving a fractured eye socket, requiring medical treatment, and another sustained a wound to his face, following bottles and cans being thrown from the crowd. A third officer was dragged and kicked. The officer who attended hospital has since been discharged," Greater Manchester Police said in an official statement.

"As the situation increased in hostility, additional officers had to be deployed and officers had to be drawn in from neighbouring forces to assist Greater Manchester officers. A 28-year old man has been arrested as a consequence of this investigation and all available evidence is being urgently reviewed to identify both the organisers of this protest and those responsible for the officer assaults," it added.

The protests at Old Trafford had turned violent as flares, bottles, and barriers were thrown at police, injuring six officers.

There is no confirmation yet as to when the match between United and Liverpool will go ahead.

United is currently at second place in the Premier League standings. (ANI)