Get latest articles and stories on Tech at LatestLY. The Qualcomm Snapdragon 7 Gen 1 chip has been used in only a couple of phones so far but it has well short of the popularity of the 700-series chips that preceded it. 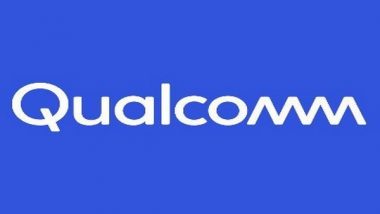 Washington [US], October 7 (ANI): The Qualcomm Snapdragon 7 Gen 1 chip has been used in only a couple of phones so far but it has well short of the popularity of the 700-series chips that preceded it.

According to GSM Arena, Qualcomm has a new 7-series chip in the works, the SM7475, though its position in the Snapdragon family is not quite clear.

This could be the Snapdragon 7 Gen 2 or it could be labeled 7+ Gen 1. The CPU will have a tri-cluster design with 1x Prime, 3x Gold and 4x Silver cores. Leakster Roland Quandt reported on the peak core frequencies for those clusters, as per GSM Arena.

The Prime core will run at around 2.4GHz, the Gold cores will peak at roughly the same frequency and the Silver cores will go up to 1.8GHz. This sounds almost exactly the same as the 7 Gen 1 frequencies: 2.4GHz Prime, 2.36GHz Gold and 1.8GHz Silver, .

Unfortunately, there are no details on the actual hardware yet - if this is a Gen 2 chipset, it should use the new core designs.

As per GSM Arena, 2022's Snapdragon Summit starts just over a month from now and it will bring the Snapdragon 8 Gen 2. The 7-series chip will likely be unveiled at a separate venue. (ANI)