Months after announcing its latest flagship smartphone, Xiaomi is all set to release its Mi11 Ultra in India. It is finally going on sale in India in limited quantities. 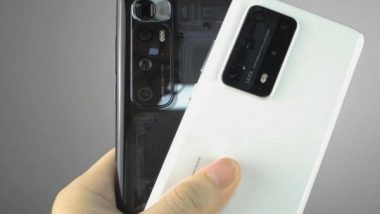 Washington [US], July 5 (ANI): Months after announcing its latest flagship smartphone, Xiaomi is all set to release its Mi11 Ultra in India. It is finally going on sale in India in limited quantities.

The Verge reported that the phone sold out instantly in the UK in May, suggesting very limited stock, and last month Xiaomi said the Indian launch would be delayed "due to circumstances beyond our control."

Xiaomi has also announced details of how people in India will actually be able to buy the phone that comes with a giant camera bump.

The Verge has learnt that the customers will need to buy an 'ultra gift card' priced Rs 1,999 on the Mi.com website, which can later be redeemed against the price of the Mi 11 Ultra and "includes some bonuses like two free screen replacements."

The Mi 11 Ultra itself starts at Rs 69,999 in India. Xiaomi hasn't said how long the gift cards will be available for, how many phones it'll make available for purchase, or when they'll ship, but it's describing the release as a "limited-quantity sale."

The smartphone will come with the main camera having a large 1/1.12-inch 50-megapixel sensor, and also 48-megapixel ultrawide and telephoto modules; all of this is housed in a "gigantic camera bump complete with a secondary OLED screen that can serve as a viewfinder", as per The Verge. (ANI)