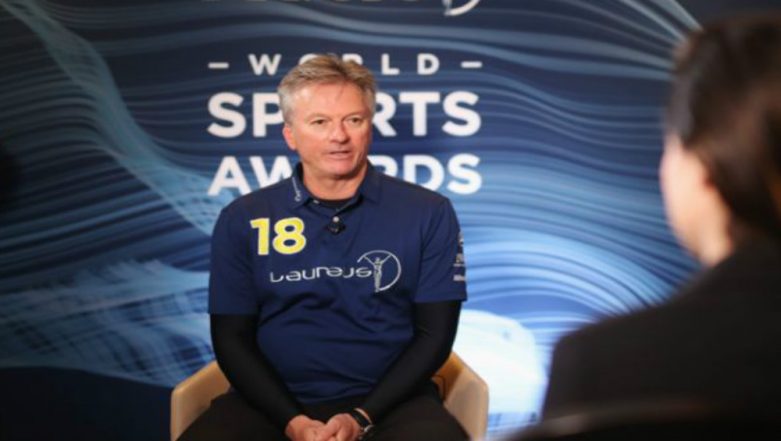 New Delhi, October 28: Absence of stringent punishment for ball tampering encouraged players to cross the line, says former Australia captain Steve Waugh, who blames the authorities for the 'sandpaper gate' that led to suspension of Steve Smith and David Warner.

Smith and Warner were slapped with a one-year international ban while Cameron Bancroft was suspended for nine months by Cricket Australia in March this year for their role in the ball-tampering scandal in South Africa.

Ball-tampering was classed as a level two offence under the ICC code of conduct when the Newlands incident unfolded, but it has since been elevated to a level three category, which carries a ban of up to six Tests or 12 ODIs.

"You know they push the boundaries a bit by throwing the ball into the rough on the ground, which they shouldn't do and then it's escalated from there. It's a shame how it got to the point that it did but I guess the authorities let that happen," Waugh told ESPNcricinfo at a Laureus event in Paris.

"There have been captains in the past who have been done for tampering with the ball and the penalties have been very lenient so there was no penalty for doing something wrong and it was always going to get to the case where it got out of control." Video Proof! Cameron Bancroft and Steve Smith Admits to Ball-Tampering Against South Africa: Twitterati Slam Australia in Sandpaper Gate.

Waugh said Australia's internal system was such that the players had lost touch with reality, thinking they are larger than the sport.

"They are in a bit of a bubble and they are protected, you know they are insulated from a lot of things. They've got a lot of people around the side that protect them and tell them how good they are and how everything's fantastic and sometimes you can lose touch with reality and I think that was best summed up when Steve Smith said that 'we won't make that same mistake again and we'll just get on with it'.

"They just didn't realise how big a mistake it was and what they'd actually done. So that, to me, just summed up that maybe they were out of touch with what the average person thinks."

The bans on the players will end in March 2019, opening up opportunity for them to get back to the side for the World Cup and Australia's Ashes tour.

Waugh feels dealing with public will be the biggest mental battle the trio will face.

"I know that Smith will be passionate, he's still only young, he loves cricket and he's got that drive to get back there. His biggest challenge will be to overcome people talking about it, because the rest of his life someone will probably mention it once a day. What happened?

"So he's going to have to mentally overcome that and find a way to sort of get past that but at the end of the day he's an outstanding cricketer and averages 60 in Test cricket, second only to Bradman over a long period of time, and he loves cricket so I'm sure he'll come back.

"Warner is a tremendous cricketer. A lot of passion, still very young. It's really up to those guys. They've got to have the passion, they've got to have the desire but I think it's a great chance of redemption. The Australian public will forgive and move on and they have an opportunity to really be role models to kids going forward."