Six Pakistani men were sentenced to life imprisonment for murdering a 20-year-old man and attacking two of his friends on the streets of Batley in the UK's West Yorkshire. 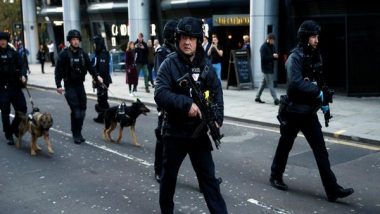 Batley, August 1: Six Pakistani men were sentenced to life imprisonment for murdering a 20-year-old man and attacking two of his friends on the streets of Batley in the UK's West Yorkshire.

Bradley Gledhill, 20, from Heckmondwike, died after being assaulted along with two friends on Park Croft in Batley on June, 21 2020, NewsComWorld reported. New Zealand Man, Accused of Kidnapping Attempt of 14-Year-Old Virginia Girl, Pleads Guilty to Production of Child Pornography.

The defendants were found guilty of the offences following a trial at Leeds Crown Court. The six has been identified as Usman Karolia, Ahmed Karolia, Nabeel Naseer, Raja Nawaz, Nikash Hussain and Irfan Hussain.

In a statement on Friday, the West Yorkshire Police said that six males have been "given life sentences after a man was murdered and his two friends seriously injured in an attack on a Batley street".

Gledhill and his friends were attacked by the six men with all three victims receiving significant knife injuries.

Police and paramedics attended, but despite treatment including first aid from residents, Bradley did not survive his injuries.

Detective Chief Inspector Vanessa Rolfe of the Homicide and Major Enquiry Team, said: "This was a horrific offence in which a 20-year-old male has lost his life following an outbreak of violence in which knives were used."

"All three victims were seriously injured with Bradley paying the ultimate price in an incident which vividly demonstrates the dreadful human cost of knife crime."

"Those involved continued to attack Bradley even after he had been wounded and was laid defenceless on the floor. We welcome the sentences imposed on them today for their roles in the joint enterprise murder of a male who, at 20-years old, had his whole life ahead of him."