The recipients included Major Chetna, an engineering officer, the only female peacekeeper among the Indian troops. 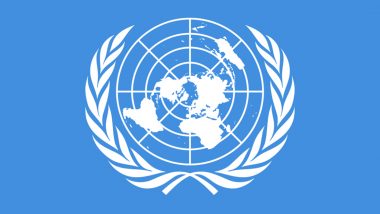 United Nations, December 7: More than 800 peacekeepers from India, including a sole woman officer, serving in the United Nations peacekeeping mission in South Sudan, have been awarded medals for their commendable work in the successful tour of duty in the country.

"I want to confirm that Indian peacekeepers in Upper Nile are true ambassadors, not only of India, but of the United Nations,” acting State Coordinator Enos Chuma was quoted as saying in a report, as he congratulated the medal recipients. Also Read | IKEA to Discontinue Printing Its Annual Catalogue After 70 Years, Says ‘Emotional But Rational Move’.

An article on the website of the UN Mission in South Sudan (UNMISS) said that more than 800 peacekeepers were recently awarded medals for their service for the mission. The recipients included Major Chetna, an engineering officer, the only female peacekeeper among the Indian troops.

“I am not different from my male colleagues. I do my work just as efficiently as they do theirs. I consider myself their equal, and that's how I am treated as well,” she said. Major Chetna and her detachment of 21 ensure that troops have reliable electricity, functional accommodations and enough water supplies, the UNMISS article said.

The Indian battalion in Upper Nile State provides veterinary services to local communities, not just in Malakal but also in far-flung places such as Kodok, Baliet, Melut and Renk and their efforts have been widely appreciated. India's ambassador to South Sudan S D Moorthy, speaking during the presentation, highlighted the amicable relations between India and South Sudan and the good work of his compatriots.

“This contingent has risen up to the challenges and been true to its traditions, ethos and culture,” he said. The Indian contingent has been lauded for their commendable work, particularly during the difficulties presented by the pandemic.

“The hardest part has been the COVID-19 lockdown. We had major difficulties, for instance, getting water from the Nile, but it was impossible to bring in essential items from back home or from Juba. We have to innovate and be very frugal with what we already had,” the article quoted Major Chetna as saying. Also Read | Pope Francis to Visit Iraq in March 2021, His First Foreign Trip Since Coronavirus Pandemic.

The article added that despite the harsh conditions, the Indian peacekeepers have been able to treat thousands of animals and train 226 Community Animal Health Workers, building local capacity in the vital husbandry sector.

The Indian peacekeepers are at the tail end of their year-long tour of duty, with Major Chetna saying that one of the highlights of her tenure has been to be able to inspire young South Sudanese girls.

“The other day, while going about my duties in Malakal town, I came across a group of girls and their teacher. I stopped to encourage them to complete their studies and work hard so they can support their families. If I can motivate even one person, I will have done my part,” she said.

The article added that Major Chetna always knew she was going to be a soldier and she had the support from family and friends to make her dream come true.

“It was the uniform, the discipline and the code of the army that drew me. I would watch the parades on television as a child and think to myself ‘that is where I want to be when I grow up' and here I am!” As of October 2020, there were 2,340 Indian troops serving in UNMISS, the second-highest troop contributor in the mission after Rwanda.