Aftab had pleaded guilty to the same charge on December 19, 2014. 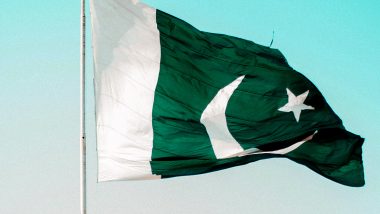 Washington, July 17: A Pakistani-American running a pizza shop has pleaded guilty to unlawfully exporting semi-automatic rifles, parts and accessories to Pakistan, the Department of Justice said.

Kamran Ashfaq Malik (35), and his co-defendant Waleed Aftab (22), each face a maximum penalty of 10 years in prison for the unlawful smuggling of goods from the United States. Aftab had pleaded guilty to the same charge on December 19, 2014. Pakistani-American Woman Raises Money Through Credit Card, Bank Frauds, Converts It to Bitcoin to Finance ISIS.

According to federal prosecutors, Malik owned and operated a pizza shop in Upper Marlboro, and maintained a second residence in Lahore, Pakistan. Aftab worked at the pizza shop.

According to Malik's plea agreement, between September and October 2012, Malik purchased, or caused to be purchased, approximately 48 AR-15 100 round dual drum magazines from various firearms and related accessories dealers.

In order to take advantage of the lack of magazine capacity restrictions in Virginia, some of the purchases were made by Malik under the name, Virginia address and bank account of an associate. In other instances, Malik provided a false commercial shipping address in Springfield, Virginia.

Between October and November 2012, Malik shipped or caused Aftab and others to ship, several illegal shipments of firearms and firearms parts and accessories to Lahore, Pakistan, federal prosecutors said.

In order to conceal the unlawful export of defense items, which are controlled for export, Malik placed false return addresses and names on the packages, as well as falsely identified the contents of the packages, and falsely declared the contents to be of nominal value. Malik directed Aftab to do the same, it said.

According to court documents, on November 28, 2012, during a routine airport security screening in Dubai, United Arab Emirates, one of the packages was found to contain firearm parts and accessories that are prohibited from export to Pakistan without an export license, including: two lower receivers of a semi-automatic rifle, two rifle bolt carriers, rounds of magazines, an optical gun sight and an LED rail mounted flashlight with laser.

A notice of these export restrictions were contained on the firearms transaction records for various weapons purchased by Malik between 2012 and 2013, including the purchase of the Colt M-4 whose lower receiver was confiscated in Dubai.

In addition, the shipping invoice receipts for the various shipments to Pakistan completed by Malik, or Aftab acting at his direction, contained an export notice and signature block for the shipper certifying that the identifying information for the package was accurate and that it was being shipped in accordance with US export regulations, the Department of Justice said.