Bangladesh Blast: At Least 7 Dead, Dozens Injured at Explosion in Dhaka; Cause Unknown

The explosion took place in the evening at a building in Dhaka's Moghbazar area and rescuers reached the scene, said Faisalur Rahman, a fire control room official. 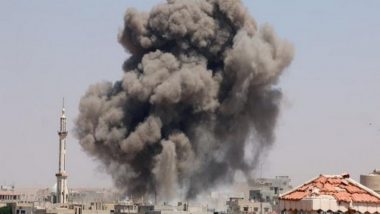 Dhaka, June 27: At least seven people died and dozens were injured in an explosion in Bangladesh's capital on Sunday, but authorities could not determine the nature of the explosion that damaged vehicles and surrounding buildings, police and fire department said.