Get latest articles and stories on World at LatestLY. Russia's weapon system manufacturer Kronshtadt said on Thursday it would unveil a new control system at Dubai Airshow that offers greater autonomy to swarming military drones. 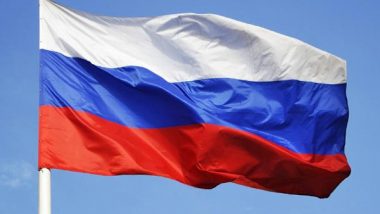 "The complex uses cutting-edge information technologies, including elements of artificial intellect and augmented reality with 3D visualization of the terrain," a statement reads.

Instead of controlling every single drone and calculating flight paths, the system sets an objective and swarming drones "agree" on the order of actions, separation of tasks and their priorities.

"This is a new stage in drone control, which will make them more autonomous," Kronshtadt CEO Sergei Bogatikov was quoted as saying.

Dubai Airshow kicks off on Sunday and will run through next Thursday. This year's edition features defence industry companies from more than 20 countries along with an aircraft display of over 160 commercial, military and private jets. (ANI/Sputnik)