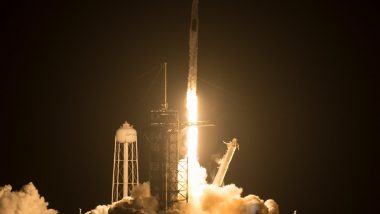 "Liftoff!" SpaceX said from its official Twitter account, featuring a video of the rocket's initial launch phase on Thursday.

The Falcon 9 rocket, which is partially reusable, has had its first-stage boosters launched into space as part of several missions, including five Starlink missions.

The array of Starlink satellites, operated by SpaceX, offer low-latency internet coverage in remote areas of several countries to participants of their test program.