Get latest articles and stories on World at LatestLY. Six people were killed on Sunday morning when a minivan fell into a river in north China's Hebei Province, local authorities said. 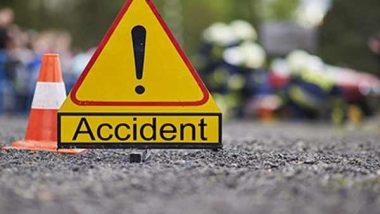 Seven people were in the van when the accident occurred at around 5:35 a.m. in the city of Tangshan. One occupant of the van managed to escape from the water but the other six died.

According to initial investigations, the van fell into the river from the bending and slippery road when it was dark and foggy. The driver, who died in the accident, was thought to have handled the vehicle improperly.