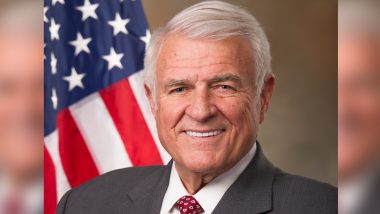 Washington, July 1: A US lawmaker on Tuesday applauded the joint efforts of India and the United States against terrorism and thanked Prime Minister Narendra Modi "for being a friend of his country".

Speaking on the floor of the US House of Representatives on Tuesday night, Congressman John Carter recognised the strong diplomatic partnership between the US and India, and that the relationship shares important values rooted in democracy.

Referring to his recent meeting with the Indian Consul General in Houston, the Republican Congressman said that the two countries are helping each other.

"In February, President (Donald) Trump spoke at the stadium in India filled with 1,10,000 spectators and was given a warm welcome to the country. At the successful event, President trump discussed ways in which he's been working with Prime Minister Modi," Carter said.

"Some of these topics include security and defense cooperation, energy, trade and promoting women entrepreneurs," the Republican lawmaker from Texas said.