He is the owner of 'Mon Financement Automobile', his car brokerage firm, the success of which exudes high qualities and discipline of the young entrepreneur. 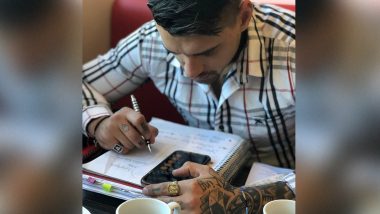 He is the owner of 'Mon Financement Automobile', his car brokerage firm, the success of which exudes high qualities and discipline of the young entrepreneur.

The closer we look around ourselves, the more we see great minds, great talents and great personalities, making it huge in their respective fields. These great personalities tha we know of today who are true leaders in their respective industries started off everything from scratch and were everyday hustlers who made sure to put every possible effort to turn their dreams into a reality. Taking inspiration from them is a young hustler and a passionate entrepreneur named Jeremy Gosselin, a Canadian native who is working day and night to turn into the next big thing in the world of business.

Who doesn't know about Elon Musk? He is a versatile and incredible business personality who has also served as a classic success story for the world. As an entrepreneur, investor and engineer, he has earned it huge, becoming one of the richest entrepreneurs in the world. Jeremy Gosselin also is a June-born like Elon Musk and there are many traits that he thinks he shares with the visionary and not just that, just like Elon Musk acing the game of automobile, Jeremy too aims to follow suit and become a success story for others.

Jeremy Gosselin, who owns https://monfinancementautomobile.com, is only a 25-year-old entrepreneur who has spread his magic in trading and investing as well.

Taking inspiration from global leaders like Elon Musk, he wants to keep moving forward in his entrepreneurial journey and is currently working on a huge project for December 2021.