Apple is working on its first electric car for a while now. Ahead of its debut, 3D concept renders have been leaked by a UK-based vehicle leasing company 'Vanarama'. 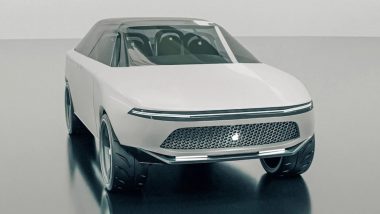 Apple is working on its first electric car for a while now. The project name of Apple's electric car is reportedly codenamed 'Project Titan'. As per Bloomberg's Mark Gurman, the company has made considerable progress with its electric car, and it could debut in 2025. Ahead of its debut, 3D concept renders have been leaked by a UK-based vehicle leasing company 'Vanarama'. Apple Hires Former BMW Executive Ulrich Kranz for Its Upcoming Electric Car Project. 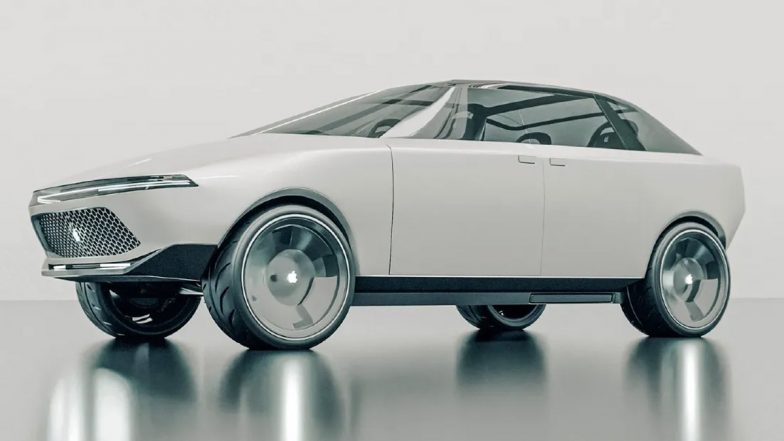 The leaked renders showcase an SUV model which is inspired by other Apple products and patents filed by Apple. Vanarama has shared both exterior and interior images of the car. From the exterior, Apple Car looks like Tesla's Cybertruck. The Apple car might carry several features from the patents, including coach doors with scooped up windows, rotating seats that can be transformed into a living room and a pillar-less design. 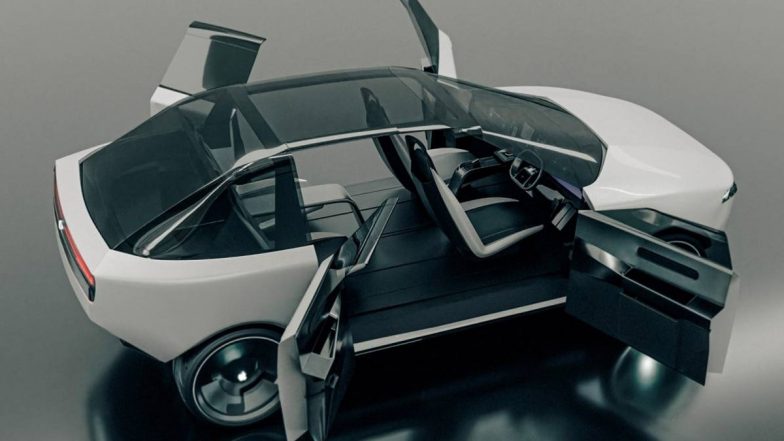 The leaked images also show a tinted windshield, large wheels, windows, a sunroof and no door pillars with scooped windows. We can also see a mesh inspired by Mac Pro's circular vent, along with an Apple logo. 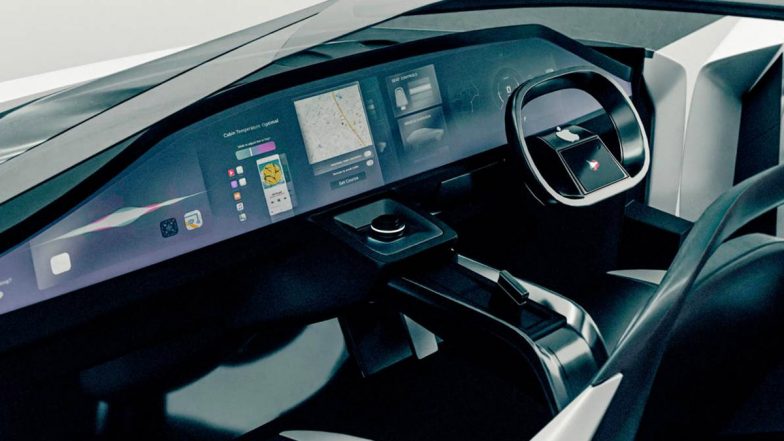 Coming to the interior, the Apple car could come with a square steering design with a rounded design, a single wide display that runs throughout the dashboard, pedals, smart gear and Siri support.

(The above story first appeared on LatestLY on Dec 14, 2021 10:01 AM IST. For more news and updates on politics, world, sports, entertainment and lifestyle, log on to our website latestly.com).