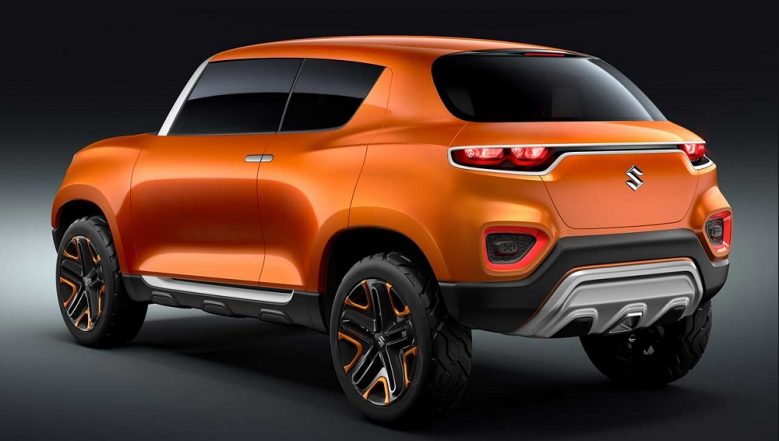 India's leading car maker, Maruti Suzuki is rumoured to launch the awaited S-Presso hatchback in the country next month. According to the report from Autocar India, the Indo-Japanese auto manufacturer will be launching the car on September 30, 2019. When launched, the upcoming car will compete against Renault Kwid and Datsun Redigo in the entry level hatchback space. Maruti's newest addition will be based on Suzuki's new generation Heartect platform. Maruti Suzuki WagonR Hatchback Recalled in India For Fuel Hose Issue; Over 40,000 Cars Affected.

The car will draw its inspiration from Future S Concept that was unveiled at Auto Expo last year. Also, the hatchback has been spied while doing rounds on the Indian roads that confirms crossover-ish design.

The hatchback is expect to sport an upright stance with wraparound head lights and rectangular tail lamps. The cabin space of the S-Presso could get a colour matching interior trim along with a digital instrument cluster & touchscreen infotainment unit.

According to the media reports, the upcoming S-Presso is expected to get a BS6 compliant 1-litre petrol unit. The car maker might also introduce the hatchback in a bigger 1.2-litre avatar as well as CNG option. Lastly, the upcoming Maruti Suzuki S-Presso is expected to be priced slightly higher than Alto K10 which could be in the range of Rs 3.7 lakh to Rs 4.5 lakh (ex-showroom).