Meet Chris Kane, Taking Over the Forex Trading Space as a True Blue Professional and Trader

As his forex team continues to grow, traders would be able to trade as a collective using the same strategy, which means more eyes on the markets and more profits for everyone involved. So far, Chris Kane has earned several students and his platform is only on the rise as they refine strategies consistently as a group. 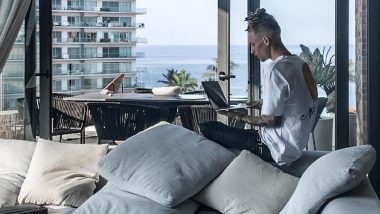 Chris Kane
The young trader has shown commitment, grit and passion for educating others on the subject and how they can achieve success through trading.
It is quite surreal to know and learn about all those people who have given more than they could to create a unique path for themselves in their chosen industries. This commitment and dedication to learn each day and hone the skills more have allowed people to sculpt a fruitful career of their choice. We came across one such young talent in the vast financial industry of the US, who has been doing exceedingly well as a forex trader; he is Chris Kane. This youngster is all about his passion and grit when it comes to forex trading and educating others on the same, getting them nearer their goals.
Chris Kane says that he began trading on a team in Tempe, Arizona, where he met the lead educator for one of the largest forex platforms on the earth. This gave him the opportunity to meet more people and network with top traders of the industry who showed him the right path and made him realize how the industry overflows with endless opportunities. The young trader says that he left the team after acquiring the skills and began to build his own platform to educate students for a fraction of the price that he paid. For three years, Chris Kane has been a part of the forex markets and has refined his skills daily.
Although he also points out that the path to attain success was filled with many challenges and hurdles, which made him go through many ups and downs in the forex markets, he also spent thousands of dollars on knowledge to be able to put together a consistent strategy that could work for himself and others. This allowed him to leave his job and concentrate as a forex trader, which ultimately motivated him to educate and teach students worldwide how to do the same. For Chris Kane success is about living a life on one's own terms and being able to spend the day how one pleases.
As his forex team continues to grow, traders would be able to trade as a collective using the same strategy, which means more eyes on the markets and more profits for everyone involved. So far, Chris Kane has earned several students and his platform is only on the rise as they refine strategies consistently as a group. His increasing number of students has lifetime access to their group chats with cumulative 10+ years of trading experience.
Advising other up and comers in the industry, Chris Kane says that one must think big and have the mindset to back it up, get around people who are where one wants to be or on the way to getting there. The young forex trader proudly says that he makes money on his phone and apart from a trader is an investor, visionary, and traveller. To know more, follow him on Instagram @currency.chris.
Comments
Tags:
Blue Professional Chris Kane Forex Trading Space trader
Comments
You might also like