The bright lights, colors, and multi-sensory stimulation give us a dopamine rush every time we get a text message, email, or “like.” What we actually get hooked on is the reward of using the device. When the reward is random, it gets us even more addicted. 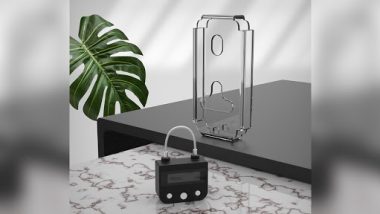 In fact, he quit his high-paying job to forge a brand-new business to help people achieve a more Zen-like existence – all due to a single accidental discovery.

Device-related addiction is not uncommon. If you sit on a bus or in the subway, you'll likely notice the majority of people seem glued to their screens. In fact, it's hard to imagine that just five to ten years ago, people were actually reading books on public transportation.

Of course, the COVID-19 pandemic has only made this situation worse, as most people around the world are now stuck inside spending more time with their phones than ever. The longer the pandemic lasts, the more phone addicts we’ll end up with in the long run.

Ultimately, too many people are deeply addicted to their phones – devices that are supposed to help us be MORE productive! Fortunately, innovators like ex-investment banker Marc Xiong have made an entire career out of trying to solve this problem.

Marc runs a website called Goefficiency.com. It’s a start-up based in Singapore that sells a device that can temporarily lock your phone with a timer lock. While it allows you to still answer and make calls, it prevents you from doing all the things that sap your time and productivity.

So far, Marc has managed to sell over 20,000 units in just four months. Here’s how he came up with the idea in his own words:

“It was an accidental discovery. I had always wanted to create my own company. But like any budding entrepreneur, I was swamped with my daily job.This made it hard to squeeze in time to start a business on the side. What really made things worse was that I tended to find myself “unwinding” with my phone after work - sometimes for hours.Ultimately, I was just wasting a ton of time binge-watching YouTube videos or scrolling on social media.”

“Then I found this timer lock that was used originally intended to use in the bedroom. So, I contacted the manufacturer and customized the case so that it could be used for a phone. Like any new business, it was sort of a bumpy start. In fact, I made 0 sales in the first two months. Then, I received some encouragement in the form of 10 ordersaround New Year. This encouraged me to invest more in Instagram and Facebook marketing, which eventually caused the product to go viral!”

"I think what really caused this surge in popularity was that my product was so different from phone addiction apps. For instance, I used to play a phone addiction app like "Forest," which could allow you to grow a digital tree if you ignore your phone for a period of time. While intriguing, these can't actually force you to put down your phone. This forced me to think about: what makes people addicted to their smartphone."

In the end, Marc realized that our phones and other devices work similarly to a slot machine. The bright lights, colors, and multi-sensory stimulation give us a dopamine rush every time we get a text message, email, or “like.” What we actually get hooked on is the reward of using the device. When the reward is random, it gets us even more addicted. Advertisers, game designers, and news website know this, and they use short videos, reward-based games, and music to keep us scrolling for hours without realizing it.

So, what’s Marc’s next move for his innovative anti-addiction device?

“We are currently designing the next generation ZenLock. This would not only combine the case and lock together, but we might even include features like UV lights to kill bacteria. We’re also expanding our product line to help people with game console addiction and computer addiction as well. In the end, we want to position ourselves as a company that wants to make people’s lives better. Going forward, we hope to include more products that improve our customers’ productivity and quality of life.”