Amid the over-crowded hearables market, homegrown brand boAt led the neckband market with a 25.7 per cent market share in the first quarter of 2022, says a new report. 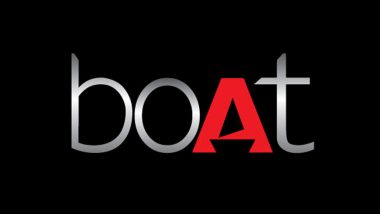 New Delhi, May 28:  Amid the over-crowded hearables market, homegrown brand boAt led the neckband market with a 25.7 per cent market share in the first quarter of 2022, says a new report.

"Half of the total neckband market was taken over by the top three brands in Q1 2022. boAt captured the first position due to its significant presence in the lower price segment (Rs 1,000-Rs 2,000)," Senior Research Analyst Anshika Jain said in a statement.

"The primary factor that has helped boAt to maintain its leadership position is its wide range of products in hearables, along with strong marketing efforts," Jain added.

OnePlus and realme captured the second and third positions with 14.9 per cent and 9.6 per cent market shares, respectively.

"India's neckband market holds tremendous potential. We estimate that this market will continue to grow in double digits in the coming period. We have also seen the entry of new players in this segment, which is expected to drive volumes in the second half of 2022," said Research Director Tarun Pathak.

"Domestic manufacturing is also likely to pick up due to the increase in the customs duty for wireless hearable products. The current penetration of domestically made products stands at 5 per cent," Pathak added.

(The above story first appeared on LatestLY on May 28, 2022 04:58 PM IST. For more news and updates on politics, world, sports, entertainment and lifestyle, log on to our website latestly.com).