Aditya Narayan Reacts to Stories of His Bankruptcy, Says His Comment on Having 18,000 in his Bank Account Was Twisted by a Media Portal

For the ones who wondered if Aditya Narayan has gone bankrupt and yet he's getting married by this year-end, here's a refusal coming straight from the horse's mouth. 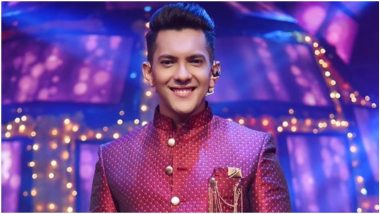 For the ones who wondered if Aditya Narayan has gone bankrupt and yet he's getting married by this year-end, here's a refusal coming straight from the horse's mouth. The singer in his recent interaction with ZoomTV.com has refuted the claims of going bankrupt and has, in fact, explained the scenario that led to this confusion in the first place. So yes folks, his financial condition is very stable and there's nothing to worry about it.

So how did these reports of him having 18,000 in his account started surfacing? The singer has a reply to it. "They (the media house) had actually asked whether do you think Government has done right by opening malls, shoot and offices amid coronavirus lockdown. And I told them that I could tell my personal perspective on it. I said that after 7 to 8 months, even I am feeling the crunch because, in January or February, I took a flat and gave a down payment. And when you purchase a big house, you take a certain amount of loan from the bank. So I had said that while paying the EMI's there come days when there are a few thousand left in my account, vo upar niche hota rehta hai. I was trying to say that despite me doing the work if I am facing challenges then wonder what would be happening to middle-class people, daily wage workers."

Going further he explained how his statement was taken a completely different aspect. "I was trying to inspire and motivate people that if you feel that ke aapke zindagi mein financial ya emotional stress hai, aisi baat nahi hai because the whole nation and world is going through this pandemic. And due to which, we all have had to make some compromises and have to execute plan B. Toh vo A and B ko add and subtract karke kuch aur bhalta bana diya hai unlogo ne and now my extended family members, friends are reaching out to me saying that kuch karde kya." Aditya Narayan To Marry His Shaapit Co-Star Shweta Agarwal By Year-End.

Aditya is disappointed with media who didn't bother to clarify and check the authenticity of this news. "At least you write things which people can believe na. I don't have any business that I would go bankrupt overnight, mere stock nahi gir gaye. In media, certain people do things like accha headline mil jaye, sensationalism hojaye and ab zyada hogaya hai. Ab aisa hone laga toh, we won't be able to speak to media openly. Then media starts saying things like he stays away from media but when we bare our heart out, toh fir aap kuch bhi daalke, kabhi bhi aap chaap dete ho."

Well, as long as his current financial status is concerned, he's doing just fine and is definitely not bankrupt. So yes, we can stop worrying for now.

(The above story first appeared on LatestLY on Oct 15, 2020 09:46 PM IST. For more news and updates on politics, world, sports, entertainment and lifestyle, log on to our website latestly.com).