After Aamir Khan Tests Positive For COVID-19, His Worried Chinese Fan Club Gets In Touch With His Team - Report

Aamir Khan has tested positive for Coronavirus only a few days after he quit social media. People were deeply concerned by the news. The actor is self-quarantining at home. Even his Chinese fans were equally worried for his well-being after the news got out 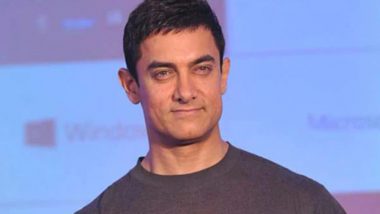 Aamir Khan is one of the most popular actors overseas. His fandom in China can be matched with India. Dangal made him the darling of the masses there who were anyway fascinated by him due to 3 Idiots. When he tested positive for COVID-19 recently. his Chinese fans were equally worried as were his Indian fans. Global Times quoted an organiser of a Chinese fan club, Yang Ajie saying that they were in contact with Aamir's team. Yang also revealed that they are confident he will recover soon enough. After Aamir Khan, R Madhavan Tests Positive for COVID-19; The Actor Invokes 3 Idiots as He Tweets ‘Farhan Has To Follow Rancho’

Back in February last year, Aamir had shared a video on his Weibo account, the Chinese equivalent of Twitter. He had requested his fans there to be careful and cautious about the spread of Coronavirus. He had said, "A very warm hello to all my friends in China. Since I read about the outbreak of coronavirus over there, I have been extremely concerned." Now the Chinese fans are worried about him.

Check out the video here...

(The above story first appeared on LatestLY on Mar 26, 2021 11:24 AM IST. For more news and updates on politics, world, sports, entertainment and lifestyle, log on to our website latestly.com).